After fierce negotiations, Roger and Martin for The Token House Partnership, have acquired the much sought after domains bookstagram.co.uk and bookstagram.uk

The main aim of these new domains, which they are adding to their portfolio of 70 unique online destinations, are for you to post your original photographs of the books you have purchased with UK National Book Token Gift Cards.

Each season at our #bookstagram : ie Spring, Summer, Autumn, Winter, the best pic will qualify for a £15 National Book Token Gift Card.

GO TO BOOKSTAGRAM.CO.UK TO FIND OUT MORE! 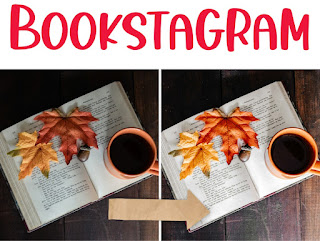 LADYBIRDS FOR GROWN UPS: Old fashioned humour at its best!

Ladybird Books stock control was my first responsibility at W.H.Smith Wholesale Leeds in 1974 as their Trainee Manager.

I visited the UK Ladybird Factory and HQ in Loughborough on several occasions during the 70's and 80's.

My passion for the original Ladybirds has continued ever since and I buy these and collect second hand whenever I come across them, particularly early First Editions.

When I opened my 1st Bookshop Garforth near Leeds in 1987, I always ensured that we stocked the full range at all times and that the new titles were readily available to our customers on publication day.

Today online, I still have the full range for Children on sale, subject to availability and they are now owned and published by Penguin Books Ltd. However it's quite ironic that these days there are 'Ladybirds For Grown Ups' recreating classic images from the past and converting the text into old fashioned humour at its best.

Posted By Roger, Partner and Founder of Firstbookshop.com

SEE ALL 34 LADYBIRDS FOR GROWN UPS. 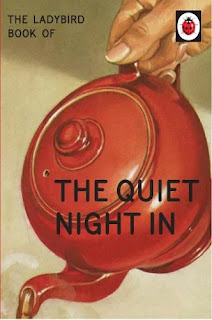 From 3rd November 2021 only from us, can you load this new festive gift token card, for free mail order delivery throughout the UK and Ireland.

Each card can carry up to £250 and is valid at Bookshops everywhere and online.

Free personalised handwritten dedications, along with 2 free book marks, when you ask us to send direct to family or friends, again only from us!

Mail order Book Tokens since 1987. First for Book Tokens online in 1999. You will not find Christmas National Book Token card designs in the Supermarket!

CLICK HERE TO SEE THIS ALONG WITH THE TEN OTHERS FOR CHRISTMAS OR TO BUY NOW WITH NO FEES. 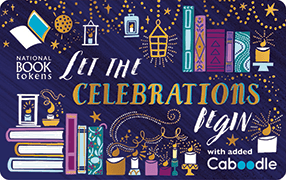 We have had lots of publicity, because we're all about being NOT FOR PROFIT.

However now the word is out, you can spend National Book Token Gift Cards at the checkout from this November.

BOOKSELLING AND LEADING THE WAY SINCE 1974.

Once you have enough Caboodle points, you can pick from our selection of fantastic fiction and non-fiction, for both adults and children.

Our lovely friends at Bloomsbury Publishing (the home of Harry Potter) have a limited amount of books set aside for Caboodlers each month, so if all the books have been snapped up, please check back next month (your points are always carried forward).

Since 1987 we have progressively opened a credit account for each and every one.

1267 have used their account facilities so far, but perhaps you didn't see the activation notification we sent?

Take advantage of your account with us for token gift cards and you will be able to have up to 30 days to settle for your order. If required we can send the invoice directly to your accounts department or treasurer, via email or post.

Discounts are available to new academic customers spending £1000 and over.

Or email your requirements to address shown below.

Today in 1974 I wrote my first letter to a Leeds employer looking for full time work after leaving school.

Writing that letter to The Manager of my most favourite shop WH Smith, I hardly even expected a response! 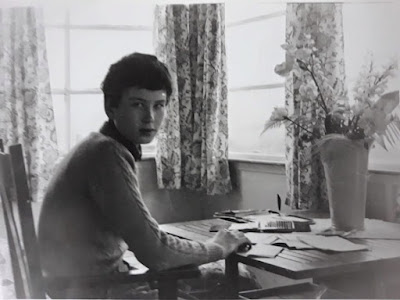 I received a reply within a week, saying that although they were not currently recruiting, their Wholesale Warehouse was and that they had passed on my application to them.

Within another few days I received a telephone call from Mr Jessop, Manager of WH Smith Wholesale Leeds. He invited me to an interview for their Trainee Manager position.

On Monday September 2nd 1974 I started my career with WH Smith.

Around eighteen months later, I helped them prepare moving premises to a very much larger unit.

The incredible training and experience which I received whilst working at WH Smith, inspired me to open my own very 1st Bookshop in the Spring of 1987.

That still trades online today and in 1999 became the very first website in the world to sell and redeem UK Book Tokens online.

OFF THE BEATEN TRACK - UK routes and locations for motor homes

Coming in exactly one years time is the first book, covering England and Wales.

Author Martin Dorey says: “I’ve loved every minute of researching and writing the 'Take The Slow Road' series. But now it’s time to look a little deeper. Getting off the beaten track, for me, is more a state of mind than it is revealing secrets and this series will take me to the places we’ve overlooked, forgotten or have simply fallen out of love with. Our tiny, busy little island might be overcrowded and oversubscribed, but there are still places to go that are away from the honeypots. I believe we can see England and Wales in a new light, from a different point of view and with new joy. I can’t wait to load up the van with walking boots, kayaks, surfboards and bikes and start a whole new series of inspiring journeys.”

Off The Beaten Track Scotland will be published in 2024.

Yorkshire's favourite female writer was born this month in 1816.

But did you know that her first novel JANE EYRE in 1847 was originally published under the pseudonym of CURRER BELL.

For this and for more amazing information on Charlotte Bronte, access our link below:

'All the world is a stage and all the men and women merely players. They have their exits and their entrances and one man in his time plays many parts'

This famous quote by William Shakespeare holds true, especially today. March 27 has been celebrated all over the world as World Theatre Day since the early 1960s. Before everybody got accustomed to films, watching different kinds of drama, particularly on stage, was the prime form of entertainment.
Drama and theatre is the medium that is the reflection of our society. In various languages, it depicts the cultures and traditions that exist all around the world. Therefore, this day is dedicated to not only celebrate it, but preserve it as well and not let it die down, as it is still very much enjoyed by people everywhere.

The past 12 months have been the most difficult for all venues since World Theatre Day became recognised. Please help share their special day with positive vibes about the future and the great times that lie ahead.

'BUY GIFT CARDS FOR UK THEATRES WITH NO USE BY DATES'

NEW GHOST STORY 'THE WHISTLING' - Bought By Penguin At Auction

Set on a wild Scottish island, The Whistling follows Elspeth Swansome as she takes up the post of nanny to nine-year-old Mary – who hasn’t uttered a word since the sudden death of her twin, William.

With her charge defiantly silent, Elspeth turns to the islanders – but no one will speak of what happened to William. Just as no one can explain the hypnotic lullabies heard in empty corridors. Nor the strange dolls that appear in abandoned rooms. Nor the faint whistling that comes in the night…

As winter draws in and passage to the mainland becomes impossible, Elspeth finds herself increasingly afraid. But is this island being haunted by the ghosts of the past? Or the secrets of the living?

The Booker Prize winner Bernardine Evaristo is collaborating with the Royal Society of Literature to create a mentoring award scheme for emerging authors of colour as part of a £300,000 Sky Arts project.

Phil Edgar-Jones, director of Sky Arts and Entertainment, commented: “In 2021, as we search for a way out of the pandemic, we are turning our attention to the cultural recovery and, in particular, the difficulties facing the next generation of young arts practitioners in a world where opportunities have drastically diminished.”

“Our new ambassador scheme is the cornerstone of this activity, and we are lucky to have five of the leading lights in their fields running bursaries which provide funding and mentoring to up-coming talent. We are looking forward to working with them all and watching some incredible new work take shape.”

Token House
Visit the house in the cloud partnership's webpage, to learn more about our initiatives. You can find that at Tokenhouse.co.uk or via links here. Successful in all we do since 1983 and books expert since 1974 !